since february 2012, i’ve been working with youth at mcclymonds high school and the weekend training academy for the second installment of the ancestral project.  created in february 2011, the ancestral project is the brainchild of alameda county supervisor keith carson (district 5) and aims to teach youth the value of their family history, how to document it, and ways that they can share it with their own family and the community.  in summation, the project’s real goal is to give the youth a means to learn more about themselves which in turn gives them the skills to be successful.  to say that it’s been an enriching experience is an understatement.  i learn so much from them…i don’t even know if they know it. lol

while i imagine that most genealogists would want to focus on straight, no chaser genealogy, this is not the program for that.  most of the youth have never even thought of themselves through the lens of their ancestors, especially when they may not know much about them.  yes, sourcing is important, but to me, it’s more important to spend time discussing why their ancestors left the rural south and how the youth got to where they are living now versus whether or an online database uses the right sourcing format. i’m not saying that sourcing and pure genealogy isn’t important.  what i am saying, is that when you have never known the name of a great grandparent, the fact that they may have been illiterate, or that they could only work in agriculture and had no other opportunities, that trumps sourcing in my book.  that is more than putting the flesh on the bones of your ancestors.  that’s making them come alive and giving them a voice with the youth and their families.

the youth in the weekend training academy have been really fun.  these youth are part of a program facilitated by the juvenile probation department for alameda county where they are required to do weekend service.  these youth have been able to trace their family history, in some instances, back five or six generations during just one session.  the youth also have the ability to get community service hours by participating in the family search indexing project.  i think it’s the coolest thing ever that they can get hours by indexing things like the recently released 1940 u.s. census.

since the youth at mcclymonds mentor children at hoover elementary school, the younger youth are also learning about genealogy and the importance of it.  this is a photo of a field trip that we took to the african american museum and library of oakland.  i love this picture so much.   these are totally their personalities.  🙂 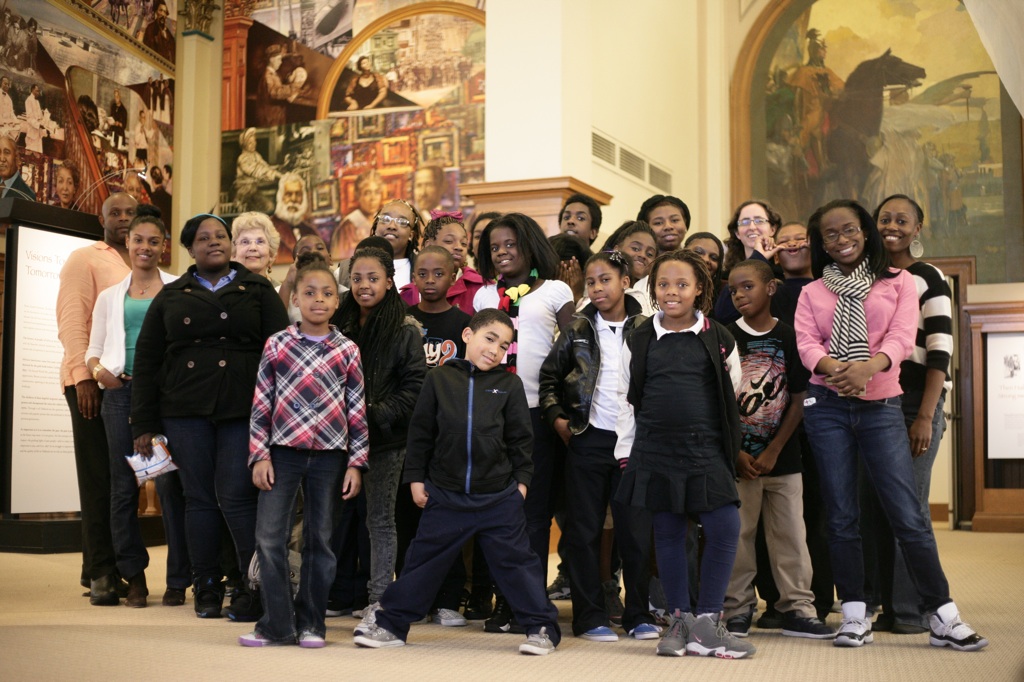 additionally, the youth at mcclymonds were able to participate in the 23andme roots into the future project which allowed them to learn more about their ancestry on the genetic level through an admixture test.  this test gave them specific percentages of african, european, and asian dna that they have.  23andme was the company that was used for the recent finding your roots program by dr. henry louis gates which has aired on pbs.

the program will now be take place during spring and fall 2012 and spring 2013.  i’m so excited to see where it’s going to go and look forward every single week to working with our nation’s future.  it’s bright 🙂