Introducing my take on the FamilySearch 52 Stories project: Life After Death. I’ll be looking at the lives of relations through the lens some of the last records they left behind. 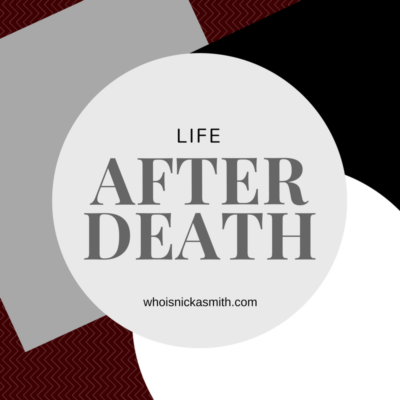 Deep in the annals of genealogy and family history lay stories about parts of our past that aren’t pretty. These accounts usually involve secrets, scandals, and things that closely resemble the drama we currently see gracing our various screens in the form of reality television.

Sometimes these narratives are well known in our families and are openly talked about. Sometimes the accounts we come across are too painful to discuss and our image of our beloved progenitors becomes shattered as clues begin to emerge about their involvement in the narrative. Sometimes no one appears to be at fault for any of it – life is just what it is – and we of who descend from all sides are left to reconcile what we’ve heard or found in our 21st century minds.

Such is the case with Angeline Patrick Atlas.

What is an interdiction?

An interdiction is a legal process where a court is asked to determine, from testimony and other evidence presented, whether a person is unable to consistently make decisions regarding his person and/or his property, or to communicate those decisions. If such a finding is made, the court appoints someone to make these decisions for him. (1)

No Holiday in Jackson

As roasted turkeys cooled and dressing simmered in homes across Louisiana, a new unmarked grave at the Insane Asylum in Jackson was likely filled. It was likely filled because the record of death for the decedent was mostly blank, with no apparent care taken to note the date of burial, but noting the date of death, Wednesday, November 27, 1918. Perhaps those who completed it were eager to get home to their families for the Thanksgiving holiday taking place the next day. Or, perhaps it didn’t quite mean as much at the time, because the decedent was just a crazy colored woman.

Angeline didn’t start her life out crazy. She was born between 1873-1875 in Mississippi to Richard and Frances Patrick and was one of their four children documented with them on the 1880 Census (2) at Divine’s Plantation in East Carroll Parish. Richard, a laborer, was born about 1815 in Virginia, and his wife, Frances, was born about 1846 in Mississippi. Angeline’s 1880 record has no hash marks in columns 17-19, so at age 7 it appears there was no indication of her being “deaf and dumb,” “idiotic,” or “insane.”

Forging a Life of Her Own

Searches for Angeline and her parents yielded no records between 1881-1901. On November 22, 1902, Angeline married Thomas Atlas, the older brother of my great grandfather, Louis Balfour Atlas, Sr. Thomas was a widower, his previous wife, the former Mary Wright, had died in the months following the birth of their youngest child but lived long enough to be enumerated on the 1900 US Census. (3)

Life seemed to take an ordinary course at this point. Thomas and Angeline rented a farm where they raised Thomas’ children (William Louis, Alice, Thomas, Jr., and Lelar) (4), grew cotton, owned mules, ponies, a cow and calf, a wagon, and a buggy and paid special taxes on the levee support and for schools. (5) (6)

Eventually Thomas and Angeline bought 50 acres of land in township 21 north, range 12 east in an area of the parish called Jefferson Ridge (7). It was adjoining land purchased by Thomas’ brother Louis and his wife Susie (my great grandmother). The road this land exists on is now called Hood Lane Road and was the family homestead for more than 100 years – three generations were born there. Things appeared to continue to progress normally as Thomas’ children began to leave home to start families of their own, but a dramatic shift happened in 1916.

The specific source of Angeline’s mental break is unknown, but oral history notes that Thomas was unfaithful and would “run the streets.” Angeline became known to have mental breakdowns. Everything came to a head in the 9th District Court of Louisiana on September 23, 1916.

Interdiction of Angeline Atlas. The defendant in this cause was brought into open court and was declared insane by a lunacy commission composed of Dr. WE Long, Dr. JE Brown and Judge FX Ransdell, and was ordered conveyed to the asylum at Jackson, Louisiana. Signed, FX Ransdell, Judge of the Ninth Judicial District Court of La. (8)

According to the 1910 Black’s Law Dictionary, lunacy is “a condition or habit in which the mind is directed by the will, but is wholly or partially misguided or erroneously governed by it; or it is the impairment of any one or more of the faculties of the mind, accompanied with or inducing a defect in the comparing faculty.” (9)  It goes further to define a lunacy commission is “A commission issuing from a court of competent jurisdiction, authorizing as inquiry to be made into the mental condition of a person who is alleged to be a lunatic.” (10)

One could speculate the myriad of reasons the commission noted that lead to Angeline’s commitment. On the other hand, it appears that not much was needed then to end someone’s life “on the outside.”

E.K. Judson was sent to the Asylum from Orleans Parish, Nov. 13, 1906 and was a man of considerable brilliancy being a fluent speaker, and was always chosen by the inmates to make addresses on occasions when important delegations of visitors came to the institution. He was a native of New Orleans and was aged 43 years. At one time he was a government contractor, and later a cement walk contractor. His conduct was however always marked by eccentricities, to which no attention was paid, until, says the Times-Democrat, he conceived the idea “that a certain woman of New Orleans was being defrauded of a large sum of money.” Absorbed in that idea, he wrote a series of letters to her which at length became so annoying that she referred charges which were brought to the attention of the Post Office Department.

“Mr. Judson was arraigned before the late United States Commissioner Craig, on a charge of sending improper letters through the mails. The commissioner promptly dismissed the case and turned the accused over to the then coroner, who adjudged him insane, and he was taken to Jackson, where he remained up to the time of his death.” (11)

According to the National Institute of Health’s Medline Plus site, it takes years for symptoms of this condition to emerge. Hoarseness, swallowing problems, high-pitched breathing (stridor), swelling in the neck, along with chest or upper back pain, clammy skin, nausea and vomiting, and a rapid heart rate are counted among signs of sickness. (14) The last and most eye-opening symptom noted is a sense of impending doom. It may have been that Angeline wasn’t crazy at all – she had a broken heart.