Join me, Dr. Henry Louis Gates, Jr., and Anthony Anderson as we follow one family’s journey to uncover their ancestor’s past. This inspiring story of resilience and hope is titled A Dream Delivered: The Lost Letters of Hawkins Wilson and is brought to you by Ancestry.

Big news for me: I recently wrapped filming my first ever short film! It was an incredible experience and I got the chance to meet and vibe with so many incredible people along the way. From the staff at Velocity who produced the film (like Dayo Harewood), to the director (Rashidi Harper) and director of photography (Robert Benavides), I got a chance to geek out on cameras and lighting, talk hip hop, and be with other creatives as I did what I love and learned a lot along the way.

So…what’s the film about?

A Dream Delivered: The Lost Letters of Hawkins Wilson details the life of Hawkins Wilson, a formerly enslaved man who utilized the Freedmen’s Bureau to try to reconnect with his family. Hawkins’ letters have been seen everywhere from the National Archives website to text books and more. The letters so clearly describe the destructiveness of enslavement while also showing the hopes the formerly enslaved had in repairing the havoc the slavery system caused their families.

Hawkins’ May 11, 1867 letter drafted at the Freedmen’s Bureau in Galveston, Texas – the site of the first ever Juneteenth – includes a detailed account of which specific slaveholders enslaved his family members and important details such as the locations where they were enslaved.

Those of us who do genealogy research know how incredible Hawkins’ account is, yet we also know that there are a lot of factors out of our control that determine whether or not we can find out more about him and his family despite the large amount of information he gave.

Did Hawkins and his family ever reunite? Do records that document his enslavement still exist? All of these questions, and more, are answered in the short film.

You can view the film at Ancestry.com/BlackHistory

You can also stream the film on Paramount+ and Pluto TV. 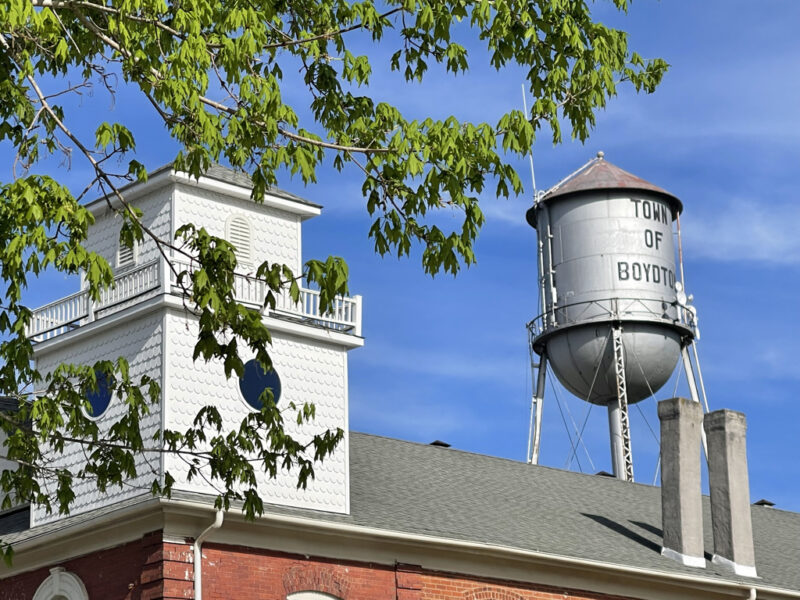 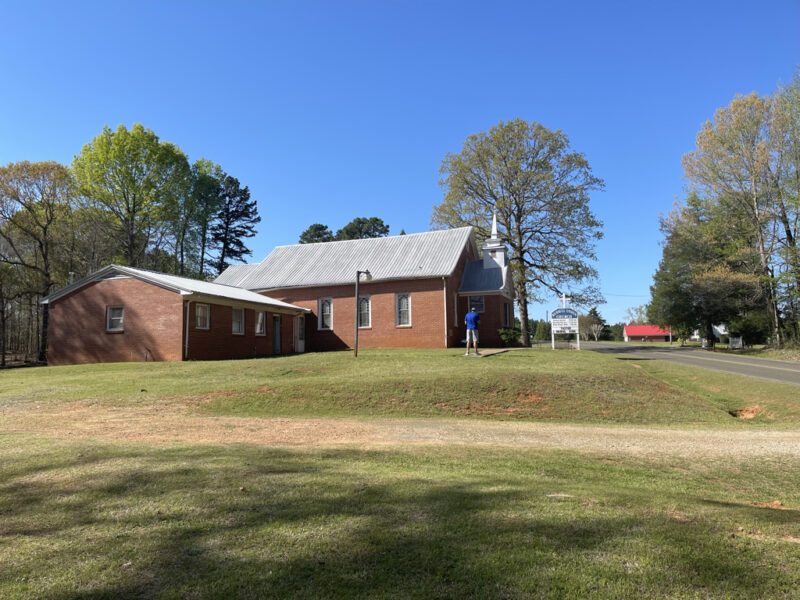 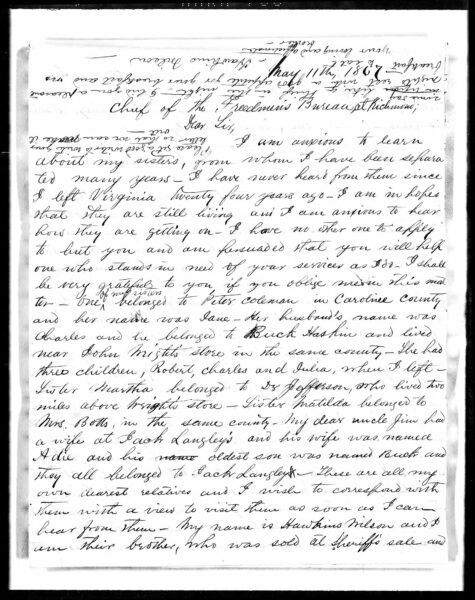 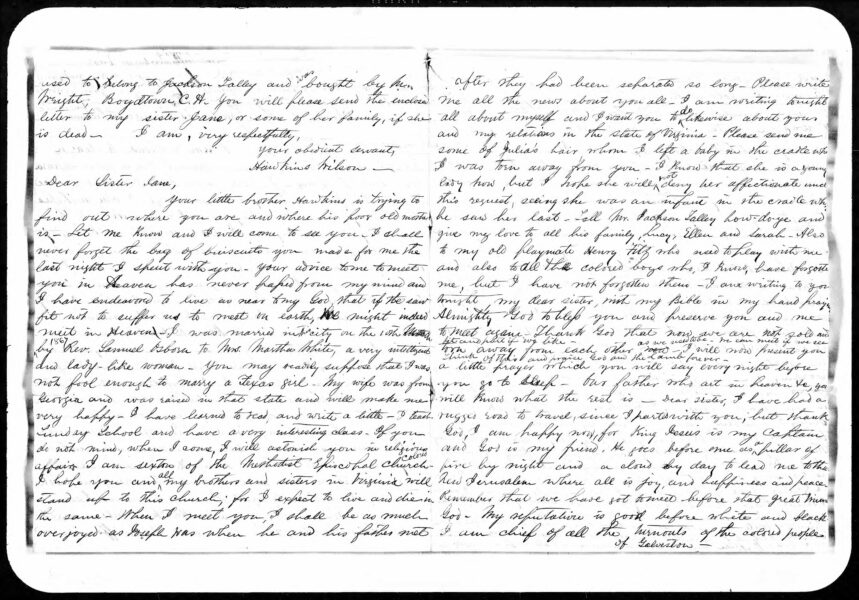 Hawkins Wilson wrote two letters that are became part of M1913, Records of the Field Offices for the State of Virginia, Bureau of Refugees, Freedmen, and Abandoned Lands, 1865-1872. Source: Ancestry. You can also see a color scan of the original at the National Archives.

My part of the film was shot in four locations across three states. I definitely mastered the art of driving and answering questions coherently, while being filmed by two cameras, and tracked by drones. Trust me, it looks easier than it actually is. **Laughs*,

These were my first visits to these locations and the thing that stuck out to me was how much Galveston was such a Gulf Coast city. I didn’t really imagine Juneteenth in the way that I should have until after my trip there to shoot the film. We should all remember that the word came down in an area that is literally the beach! I made a vow to constantly bring the name Galveston back to the Juneteenth story as I feel it’s been way overshadowed by other places. Let’s make sure we give them their pearls!

One of the more hilarious parts of filming was when one of the crew had to be smashed behind me in the SUV I was driving so you wouldn’t see them in the shot. He was such a trooper.

While this wasn’t my first trip to the set rodeo, it was the first piece I’ve done that was of this length. That made for much longer days, but I truly loved every minute of it, especially since the crew was so welcoming of my curiosity and just being there got them asking about their own families and being curious about tracing them.

It was truly an honor to be a part of telling this story! There are SO many more that live within the records of the Freedmen’s Bureau. Search for yours today, for FREE!

There’s been some awesome opportunities to talk about the film with the press. You can check out links here (more will be added as they’re published):

So…what did you think of the film? Share your thoughts below!