Heritage not hate, “Good to their slaves” narratives, and Scarlet O’Hara dreams have the death rattle. It’s time to get ourselves together.

I’ll always remember the day I found out that Santa didn’t exist. Me and a friend were swimming in the pool and having the usual conversations 7 and 8 year olds have. Out of nowhere, I recall her saying “You know Santa’s not real. Santa is actually your parents.” At the time, I was floored. I retorted “There’s no way! My parents wouldn’t lie to me like that!” My friend, apparently wise beyond her years, said “But they did. It’s because they want you to enjoy Christmas.” I still denied it. Adamantly. My clever friend then said “If you don’t believe me, wait until Christmas time. Around then they’ll start buying stuff and hiding it. You’ll see I’m not lying. It will be everything on your list.”

So, I waited. And waited. It was summer, you know? Late November rolled around and I remember being told to go and retrieve something from my mother’s closet while she was in another room. I quickly got the item, but noticed several bags on the floor. I curiously peeked in them and saw SEVERAL things I had asked for on my Christmas list like the Girl Talk Date Line board game.

Later, I snuck and took a deeper dive into the bags and solidified the fact that my friend didn’t fib. What was I going to do though? Christmas was weeks away and I knew I couldn’t tell that I had snooped but I also didn’t want to ruin things for my parents. For some reason, they were REALLY into Santa this particular year. So I did what most people would do. I acted. Like, real hard. As I opened up gifts, I pretended as though I had never even seen them and they were the best thing I had ever received. I’m talking the way kids act on toy commercials obnoxious. LOL

I kept up the lie because it was too hard for me to let my parents know I knew the truth and that I was ashamed I snuck around to find it. I knew they’d probably feel bad because I found out they were lying the whole time and I didn’t want them to feel bad because I felt bad. It’s a double edged sword that presents itself every single year in millions of families yet, it’s totally normal and everyone and everything seems to move on unscathed despite it.

Genealogy and the Lure of the Confederacy

I tell this story because it ties closely to how genealogy researchers cling to the decades old Confederate narrative despite what the evidence, historians, and scholars have told us about that time period. Like my seven year old self, those who hold on tightly to the “It was about states rights,” “Heritage, not hate,” “My ancestors were good to their slaves,” etc. narratives have never moved beyond denial to discovery because it’s uncomfortable. Perhaps they feel as though they are dishonoring their ancestors or that they become traitors if they question their elders or ancestors motives then in the present time. We could speculate forever on the reasons why. While it can be hard to leave long told stories or accounts behind – especially if beloved ancestors are involved – conducting family history research for any length of time will prove that clinging onto “what they said” too tightly can a questionable research project make.

Unless you’ve been under a rock, the last few years has been tumultuous when it comes to some of the most beholden pieces of the Confederate memory; from Bree Newsome in South Carolina to the tearing down of the monuments in cities across the country, the reign of the mystique Confederacy is ending just like my childhood belief in Santa.  It’s brash, it’s sudden, and while all the evidence is around us proving why keeping these things around is wrong, millions of folks choose to put on a show, just like I did on Christmas Day, because it’s too painful to address the truth and thus change the narrative for future generations.

Not Talking About Slavery Doesn’t Make it Go Away, Ever

In the genealogy community, many want to separate the current racial climate out of anything genealogy related. They believe it’s not relevant or needed and that we can focus on doing what we love, researching our families, without the need to get political. For those folks, I offer this video, and especially the comments on it that follow by the general public. If you want to know why we won’t EVER stop talking about slavery? Why we won’t EVER stop calling for the Confederate flag and monuments to be removed or why the Confederate mystique is being forced into death? Read the comments on the video.

Americans are in such denial about the ramifications of slavery that they can’t even handle a man talking about his family history, in his own way, which includes slavery. One where his ancestors were sold by one of the most prestigious institutions in the country, who admits that they did such a horrible deed, that he works for now. These same Americans likely have relatives who are researching their families.

If we, as the custodians of our family story, who are steeped in history day in and day out, can’t address that family story with truths, especially around separating lies from truth regarding our ancestors involvement in the Confederacy or the slaveholding system, how in the world can we expect for the average person to do so?

We cannot separate race from genealogy. Just like we can’t choose the families we were born into, we also can’t choose the race we are born as or the one society lumps us into and neither could our ancestors.

Along the same lines, a recent blog post created quite a bit of dialogue within the genealogy community on this very subject. It questioned whether or not researchers should honor their ancestors who fought on the side of the Confederacy on Memorial Day. When the author was challenged on why they chose not to honor their fallen ancestors on Confederate holidays, the author noted:

I admit it’s hard for me to understand how to honor your relative’s humanity as a solider when it came at the detriment of millions of others who were held in bondage to the cause they fought to keep alive, but apparently me and a few others are in the minority.  There are A LOT of people who are for “honoring” the Confederate dead on Memorial Day. Have a gander at the comments section on The share of the post by the National Genealogical Society to see what I’m saying.

Posting the words of the vice president of the Confederacy, Alexander Stephens, couldn’t change Confederate mystifiers minds even though he said that slavery was the reason for the war. Reminding them that the mere creation of the Confederate States of America was treasonous so their veterans shouldn’t be honored couldn’t do it either. The mystique was thick in those parts.

I share these two scenarios not to get folks riled up, but as a call to action to the work that is needed by OUR community. The personal nature of family history can educate in a way like no other, but if the Confederate mystique continues, we’re just another generation passing down another set of lies because it’s comfortable, hoping that our ancestors are proud of us for protecting their misguided narratives and misdirected issuance of deity status when it was clear that their behavior was trifling.

In the last two weeks…

Those four bullet points are why we need to work our sphere of influence, as genealogists, to change the narrative. We can’t change everyone or keep every hate crime from happening, but trying is better than nothing.

By no means am I advocating that their stories not be told at all. We are multi-layered, nuanced people and so were our ancestors. The stories and the history needs to be preserved. On the other hand, when’s the last time you saw a “Whites Only” Or “Colored Entrance” sign at Target or Walmart? You haven’t. It’s because they’ve been placed in environments that discuss their impact, relevance, and historical aspects and the same should be done regarding anything to do with the Confederacy or slaveholding system, including family trees and genealogy research projects.

Eventually I told my parents about me finding out about Santa. It wasn’t as hard as I thought, but I didn’t know that until I actually was brave enough to try it.

Take a risk. Change the narrative. 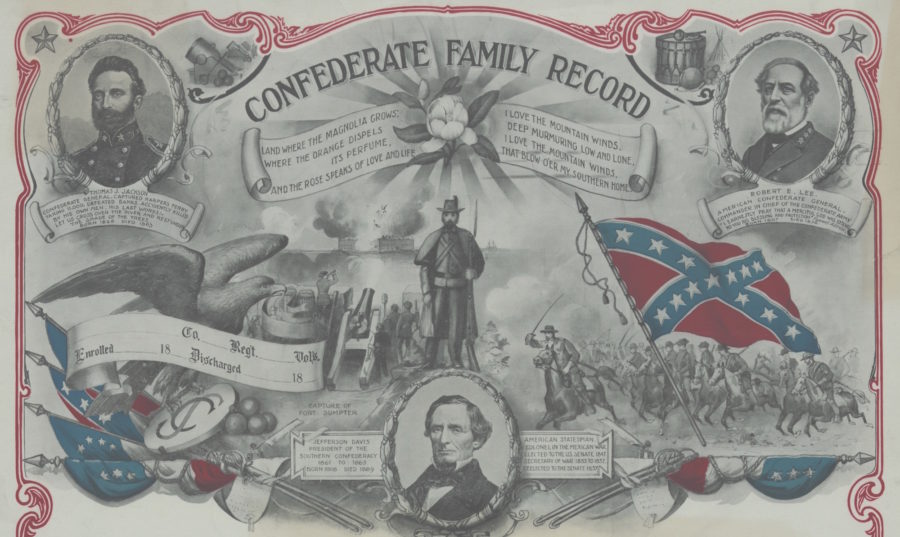