Hold tight before passing out the cigars and pouring the champagne for obliterated brick walls when it comes to the Freedmens Bureau Records.

It’s been touted as the most important record set for African American genealogy and FamilySearch set out to index it and make it available online.  Announced on Juneteenth 2015, the Discover Freedmen project aimed to digitize and index over 1.5 million records created by the Bureau of Refugees, Freedmen, and Abandoned Lands. The hope was that it would “reunite the black family that was once torn apart by slavery.”(1)

Fast forward a year later, and thanks to volunteers, the indexing part of the project is complete – although the definition of complete is subject for debate – and some of the records have already been released online. This week, one of the larger pieces of the collection, the labor contracts, were made available to the public for the first time in an en masse indexed format. These contracts were between former slaves and planters and were created to ensure that the Freedmen were paid for work their work as new citizens and that the interests of both parties were protected. They can include the name, age, sex, wage earned and other details of the formerly enslaved and the name and location of the plantation, and its owner, who could be the former slaveholder of those on the contract. FamilySearch’s version of this collection also includes indenture and apprenticeship records. States featured are Alabama, Arkansas, District of Columbia, Georgia, Kentucky, Louisiana, Mississippi, North Carolina, South Carolina, Tennessee, Texas, and Virginia.

I have read through thousands of labor contract images over the last 17 years. I had no choice really. Not until recently had anything been put online, so I did it the old way – using microfilm going largely page by page – and came across some records for ancestors who were formerly enslaved but not the lion’s share that seems to have been promised through this project. I was eager to see what would happen once the index was created.

So, there I went, entering in names and searching. I started with records I knew were in the collection to see how they were captured. For some reason, the locations that I knew these records were created in were not listed in the index. The larger metropolitan area was listed instead.

For instance, consider Armstead Lee, my 3x great grandfather who I discovered and documented through the series Finding John Lee. I had found a labor contract between him and J.E. Lewis & Company who owned Kerr Plantation in Carroll Parish, Louisiana dated April 10, 1867 back in 2010. When I searched FamilySearch’s United States, Freedmen’s Bureau Labor Contracts, Indenture and Apprenticeship Records, 1865-1872, the following is noted:

New Orleans, Louisiana and Carroll Parish, Louisiana are 257 miles away from each other. As you can see, there is no other record noted with Armstead Lee, at least spelled in that way. I then checked to see if the image that I had found previously was the same one on the FamilySearch website.

This was indeed the same record I had found on microfilm in 2010.

If I had been a new researcher, I probably would have disregarded this record. I would have assumed that there was no way the person listed was my ancestor due to the distance between where my ancestor was heavily documented and where this document was allegedly created.

Unfortunately, despite all the hours that volunteers have put into these records, the methodology used in indexing them could make the indexes useless. The point of creating the index was to cut the time needed going page by page to find ancestors, but if the locations for the records aren’t correct once search results are rendered, a researcher is still going page by page.

After locating the instructions for volunteers, I noticed that they weren’t given instructions about locations, so it appears as though locations may have been arbitrarily chosen based on the roll of microfilm they came off of. These records were organized by state into record groups created by the National Archives. That’s all good and well in that environment, but for a researcher, displaying the right location is key when getting search results.

Once I discovered this issue, I posted about it on my Facebook page.

Several other people tested out this theory and came up with the same result. I’m really hoping that this can be rectified or at least some primer or communication can go out clarifying things. Otherwise, this record set may not be as useful as it could be. 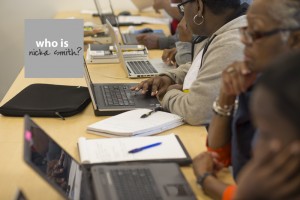 1 thought on “Pause the Champagne Toast: A Note About FamilySearch Freedmens Bureau Records”