this is the first of six posts dedicated to providing a genealogical context for the PBS series, The African Americans: Many Rivers to Cross by Henry Louis Gates, Jr. click here to read all the posts i’ve written about the series. (Photo: Bimbia Slave Port, Cameroon, Africa)

episode one: the black atlantic

while only a small portion of episode one, one of the most memorable segments was about a 10 year old girl named Priscilla who was brought from Africa to South Carolina as a slave in 1756. the segment went into detail about her voyage and life, and featured one of her living descendants, a great great great great great great granddaughter. it would make anyone watching wonder…

is it possible for an African American to trace their ancestry back to Africa? what about discovering a the name of their ancestor’s slaveholder or the ship that they were on when they came to the United States?

the simple answer? yes, but for most, it’s not easy.

you’ve got a lot of Priscillas

How many people do I come from?

to begin your journey to find your Priscilla, you have to know that you have LOTS of them depending on your age and where your formerly enslaved ancestors are situated in your lineage or family tree. those ancestors could come from a number of different places or countries in Africa too. my slave ancestors begin with my 2x great grandparents generation but none of them were directly from Africa. using Priscilla’s birth year (1746) as a metric against my own lineage, my ancestors that were straight from Africa are likely my 6x great grandparents. that is 256 different people. to date, i only have the names of 6 of my 64-4x great grandparents.

a good researcher cannot get away from following the process of sound genealogy to establish who their direct from Africa ancestors are and where they lived. that means starting with yourself and filling out a pedigree chart or using a genealogy database or website, gathering documents and conducting interviews with relatives, and THEN moving to on-site and online research to fill in holes and to move backwards through history. there is no magic book, website, or database you find that magically has the name and all the info of your straight from Africa ancestors UNLESS someone else has already done the work for you. if that’s not the case, you have your work cut out for you.

the year 1870 and African American genealogy are synonymous. 1870 marks the first time that most former slaves were included on the United States Census by name. while the United States Census began in 1790, it took 80 years for all African Americans to be counted and documented on it by name. previously, they had to be free people of color (FPOC; such as those featured in the Ann Rice book and subsequent movie The Feast of All Saints, see the video above) or they were included on the census with only their age, sex, race on separate slave schedules in 1850 and 1860. (note: there have been notable cases where there have been deviations, but these are the exception, not the rule). this fact alone makes tracing African American family history before the 1870 Census one of the most challenging types of genealogy research, but it does not make it impossible.

so…how do I get there?

research enough to locate an ancestor born before the Civil War. gather as much information on them as you can. this means you need to back away from the computer, hit a library or state archives, county courthouse, university, etc. since everything available to family history researchers is not online, you’ll have to leave that comfortable chair of yours to get to the real stuff. you may or may not have records available. what if the courthouse or repository burned? what if you look and look and there’s still no trace or clue? you have to be real and know it’s a possiblity.

confirm the last slaveholder…and confirm the one before that, and the one before that, and the one before that. using all the info you’ve gathered on your ancestor born before 1870, establish ties to slaveholding families. perhaps a name has been passed down through oral history. maybe you are seeing a pattern in the records you have gathered on your born before 1870 ancestor or their parents. maybe through leads you’ve found a will or estate inventory of a slaveholding family that has a slave that appears to be your ancestor. there’s no one size fits all for confirmation. click here to see how i was able to establish a trail of slaveownership for my 2x, 3x, and 4x direct materal grandmothers.

Edward Ball, descendant of the Ball family that owned Priscilla, spent three years going through family papers that included the names, birth dates, and origin of their slaves which totaled more than 4,000. The fact that his family kept meticulous records is VERY rare and you’ll likely have to rely on public records to establish a relationship with your ancestors former slaveholders. additionally, slave manifests or ship records are available but aren’t as readily available. 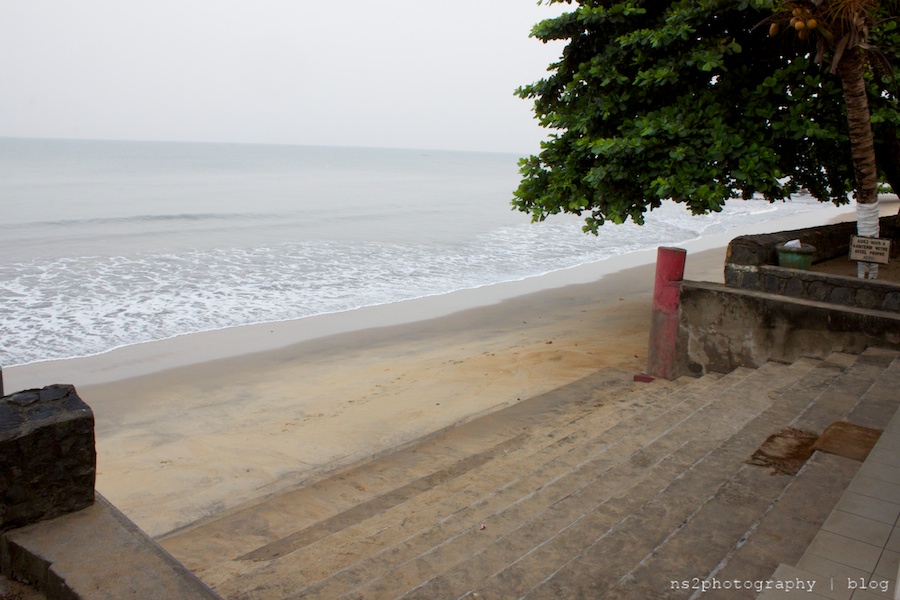 use technology to cheat. one of the quickest and least painful ways you can get back to Africa is through DNA. while African Ancestry is currently the only company who can tell you the current day tribal group and country in Africa that your direct male or female ancestor matches closely with, you won’t get a name or significant details about them like the ship they were on or who enslaved them. this may be a quick thing to hold you over while you stay on the journey of locating your Priscilla. click here to read about the two trips I took back to my ancestor’s country of origin based upon DNA.

all in all, locating your Priscilla is by no means easy. it means successfully tracing the genealogy of at least 9 generations of your family. that has taken many decades to do and there’s no microwave way to do it, but you can definitely hope, plan, and get as close as you can.

George Geder – The Door of No Return, Part I
Angela Walton-Raji – Who is My Priscilla?

Vicky Daviss-Mitchell – Many Rivers To Cross 1: Rivers of Life Rolling On The River

Lowcountry Africana – Do You Belong to Priscilla’s Family? Take a Journey Through the Ball Family Papers to Find Out.

4 thoughts on “The African Americans: Many Rivers to Cross – Episode One – Finding Your Priscillas”